Tropical Fish in the North Sea

Tropical Fish in the North Sea is an interactive documentary film installation that questions the intertwinement of fiction and reality in the medium of truth; the documentary film. The spatial setup and headphones with switchable audio channels give one a hint of the power of editing. One gets transported to the lives of people from Generation Y, who flounder with ‘finding a passion’, ‘success’ and the ‘paradox of choice’. Their lives often seem to have a certain unbearable lightness that contains no clear narrative; all is fragmented. Present-day reality already has a parallel media existence, creating friction between real and fake. TFitNS plays with the fictional within the real and vice versa, both in the medium itself as in its subject: the performativity of my generation. 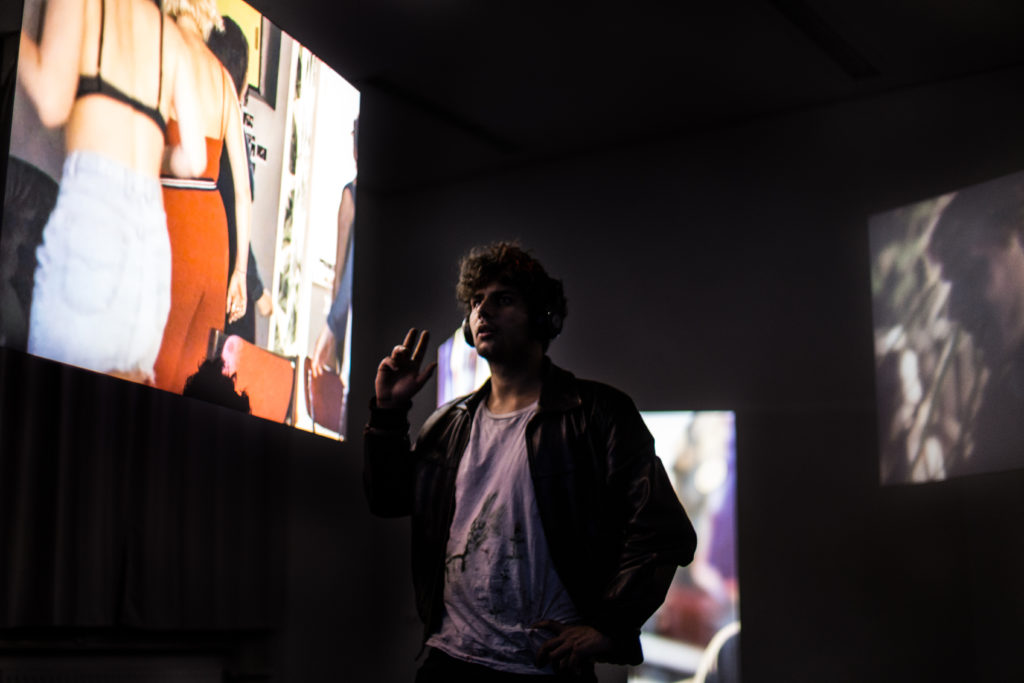 America, How Are You? – Edit
Finding Artemisia / Un-heroic Traditions